Oh look! It's my first post since 2011!
Yeah.
Everything is moving along. Also, you might want to check this out:
http://phillypodfest.com

George Plimpton's Video Falconry
(an ad I found in the Newgrounds basement archives)
Posted by Nathan at 6:11 AM No comments:

I am still in the footage cave.

Can't complain though.
This is exactly what I signed up for.
Also, I've been using twitter more (but not much more).
@NKuruna
Posted by Nathan at 11:19 AM 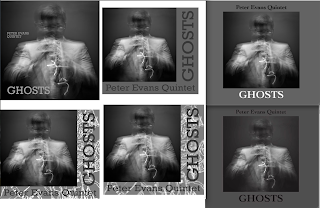 (Lower right is the final.)
Posted by Nathan at 6:34 PM No comments: 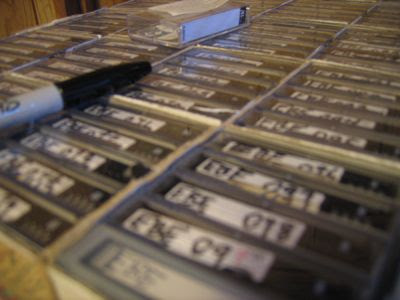 I am in the footage cave!
Posted by Nathan at 3:17 PM No comments:

I'm making a film!
Everything, By Everyone is a film about the Internet. In large part, it’s the story of a website called Newgrounds and the online cultural trends it helped create and drive over the last decade or so. It's also the story of how the web became fun as well as functional and a tool for creative people of all kinds.
Watch my teaser trailer!
I'm also trying to raise some dough for the next stage of post production (and a little more production).

Posted by Nathan at 7:59 PM No comments: 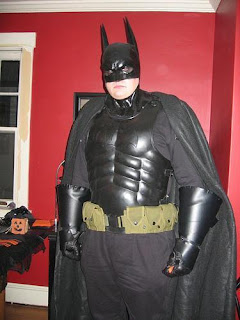 So Bob and I went out for the Kildare's $1000 best costume prize this year, both of us dusting off kickass costumes from Halloween 2005. I pulled the Batsuit out of the mothballs, slapped on a new coat of rubber to the steel chest and head piece, added knee pads and new boots and pants, restocked the utility belt and I was good to go. Tim and I get to the bar at 7pm. I put on the mask in the parking lot, taking several minutes to get the zipper together under my chin due to the lack of a mirror. Then the zipper gets to the top and promptly breaks off. Great. This means I'm trapped in my mask until the judging, because if I take the mask off I won't be able to get it back on. Delightful. The judging is at 12:30am. After adding a bit of padding around the eyes to help with vision issues, I'm more or less set to wait it out. The head sweat issue was largely mitigated by wearing a black head stocking skull cap.
Now let's be clear, Bob and I had this thing in the bag until about 11pm. But we did not win. Here's who won and my critiques thereof:
3rd place- A Ghostbuster. Ok, I dressed up as a Ghostbuster myself in 2004, so I know what it takes. I've got nothing against this guy, he had the hat and everything. But here's the thing, a Ghostbuster outfit is all about the backpack, and what I know that the judges probably didn't is that there are entire internet groups dedicated to making those backpacks. They are insane. They have the actual schematics. They'll sell you parts. It's its own little industry. I've seen more replica proton packs than you shake a stick at and they were all identical because they use the blueprints. For mine, I built one out of cardboard and stuff from the dollar store and it looked sharp but it was clearly an interpretation as opposed to a literal translation. So this guy put in the time to build it and he bought a flight suit. It's work, but not particularly creative.
2nd place- A guy in a cardboard outhouse. Um. OK? Personally I'm not a fan of this type of thing. I'm also not a fan of "funny" costumes over awesome ones. But more importantly the craft on this thing was really low. If you're going to build this giant pain in the ass thing that you have to lug around and that inconveniences everyone around you, at least make it awesome. This was a cardboard box painted blue with silver edges. That was the other thing that didn't make sense to me. He's wearing a construction worker outfit inside, the helmet, the vest. And the box is painted blue, so you're thinking "Oh, it's a portajon at a construction site." But then he put an old-timey chimney on it. Dumb. Big ≠ Awesome.
1st place- Ok. This guy had us beat. It was an Optimus Prime costume. The guy was short, the craft was a bit low. But this guy clearly spent a ton of time making this thing out of cardboard boxes and duct tape and when he crouched down he actually became the truck. When he walked in I knew it was over. No shame in being bested by such a worthy competitor. (But those other guys... Meh.)
In retrospect, Bob and I should have walked around more and watched the World Series less. The judges had no idea that my armor was made of actual steel coated with black rubber and that my utility belt was filled with working gadgets, Batarangs™ and fun-sized Snickers. They couldn't see Dia's seamstressing of the fact that Bob had a tray of real burgers at the table with him for his Burger King outfit. Or that he had to shave his legs to get in the tights.
Oh well, there's always next year... for which I'm already planning.
http://www.kildarespub.com/
Posted by Nathan at 10:17 AM No comments:

Boy, have I made embarrassingly few blog posts of late...
But I'm working on a film. More info @ Everything-By-Everyone.com

And you'll probably want to follow me here for awhile.
Posted by Nathan at 11:49 AM No comments:

Posted by Nathan at 9:58 AM No comments:

Posted by Nathan at 9:49 AM No comments: